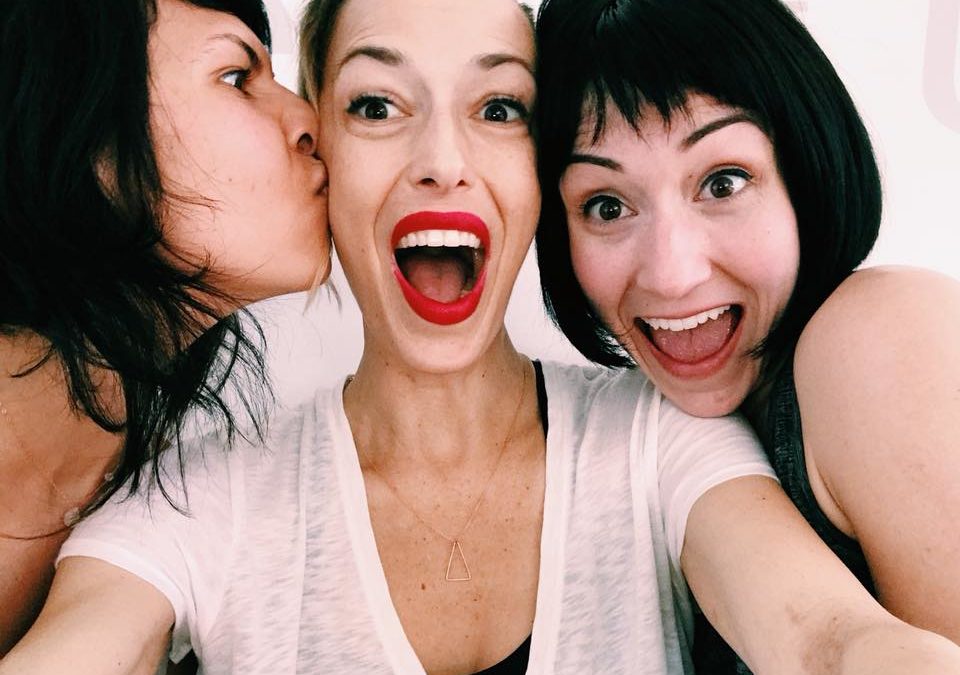 One year ago was the last time I saw Chelsea in person before she was in a coma. It was an important trip for many reasons. Originally, I had plans to attend a spiritual retreat over Presidents’ Day weekend and those plans fell through in a way that was very upsetting to me (and involved me being quite angry at someone else). Since I already had the time off work, I made plans to visit Chelsea instead.

Our visit was EPIC.

We went to yoga every day for 5 days straight, had deep philosophical talks and went on an indulgent shopping spree. Digging into the meaning of life while buying designer clothes — it was classic Chelsea and Melissa 😉

We had some of our best conversations that trip. We talked about our beliefs, the wisdom of the Divine, her wishes for Lachlan and her trust that her energy will mother him regardless of her physical presence in this world. We talked about hopes, dreams and fears — but mostly we talked about healing — about what healing means whether it occurs in the way we’d like it to or not.

In one particularly moving yoga class, Sophia Da Silva Hopson led us through a practice of balancing effort and surrender. The theme was “showing up”. At the end, in savasana, she told us that savasana is the part where we let go and trust that our efforts have been ENOUGH.

Chelsea and I held hands in that savasana and cried and cried.

As yoga teachers we were of course familiar with the meaning behind savasana, but there was something about that particular practice and the sentiment that we had done enough that broke both of us open. I think it was the first time we both realized, at the same time, that we needed to let go and trust, that it was okay to stop trying to figure everything out and hold everything together. We showed up. We did the work we needed to, we harvested the insights that were there for us, we shared what needed to be shared. If we were given 100 years of friendship we would have never run out of things to talk about, but also, there was nothing left unsaid. There was nothing left undone. Nothing to do but surrender, rest and TRUST.

Weeks later I was holding Chelsea’s hand again. This time we were in an ICU and she was dying. Holding her hand, I tried as hard as I could to transport us both back to that savasana, to the place where we learned to trust in our inherent enough-ness. I told her over and over that she had showed up for her life. She showed up with more vigor, authenticity and style than anyone I have ever known. She showed up for her life and she showed up for her journey with cancer. Now it was time to trust that all of that had been enough. Way more than enough.

When I look back now it scares me how hard I tried to hold onto the trip I was “supposed to be on” last Presidents’ Day weekend. I can’t imagine not having that last visit with Chelsea, it was one of the most soul-strengthening experiences of my life. The way my trip was re-organized is profound proof to me that THERE IS A PLAN FOR MY LIFE and that I am being loved and guided at every turn — not just even, but especially when things don’t go the way I’d like.

I am swimming in a mix of sadness and magic. Missing her. Feeling grateful, heartbroken, in love and curious about what is waiting for me in this part of my soul’s plan. Classic Melissa ♥︎

Fire Up Your Inbox!

Join my community to receive updates on new offerings + my favorite tips and tricks for living a healthy and inspired life.

You have Successfully Subscribed!